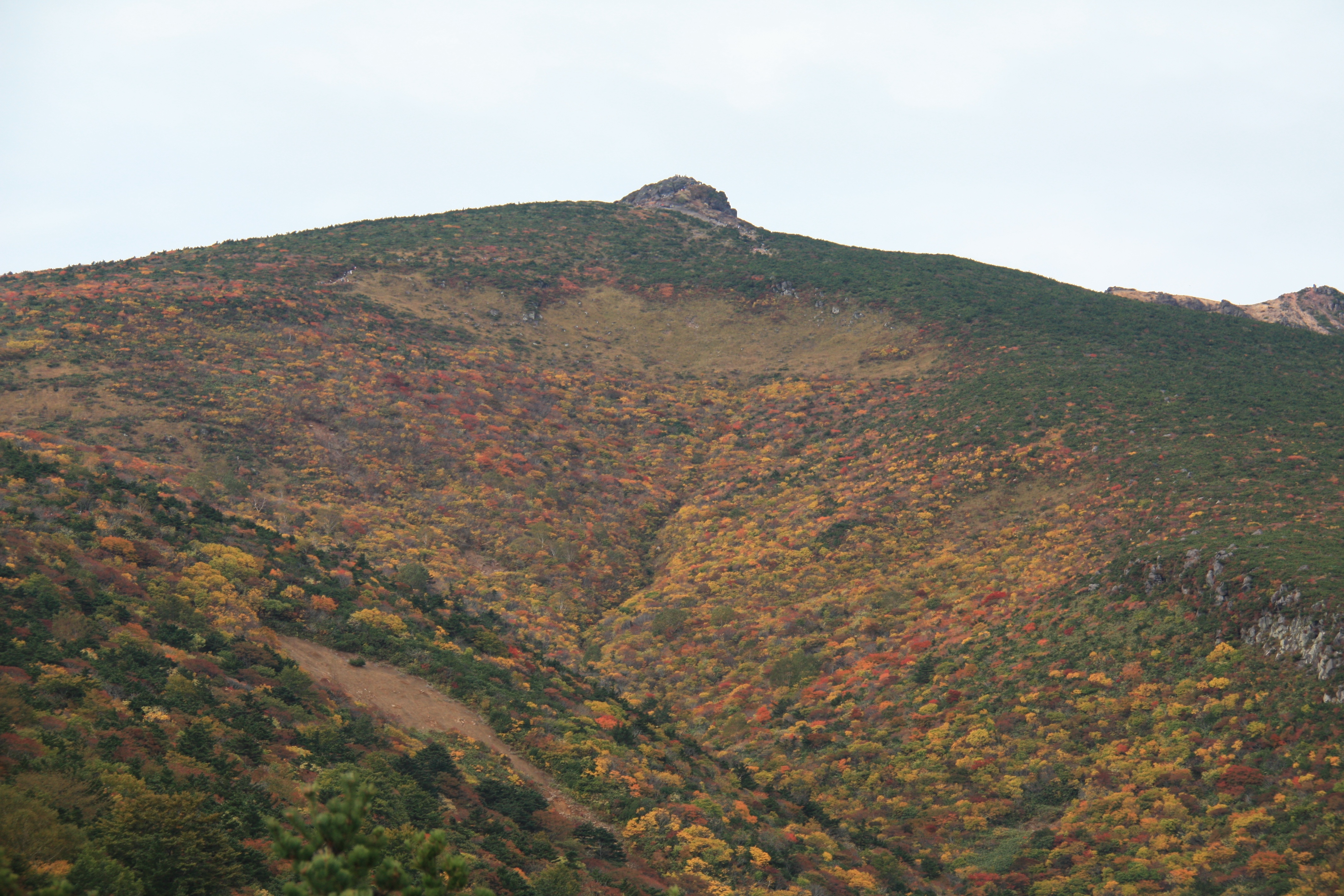 First “Koyo” trip in 2016 in 2nd week of October. Visited Fukushima and Yamagata Prefectures in Tohoku by car. On another day, visited Nasu-dake by public transports.  Overall, fall colours were in general 5 to 7 days later than yearly average.

Prior to the visit, noticed from its local blog that peak foliage was about 5 to 7 days later than yearly average.

Stayed overnight in Dake onsen prior to heading to Mt Adatara the next day. Picked an onsen ryokan facing the Mirror pond (鏡が池). Drove up to parking lot at the ropeway base and it was full that many cars were parked along the hill slope – I followed 🙂 From the top of the ropeway @1350m, hiked for about 30min to an open area where the summits and peak fall foliage could be viewed clearly. Did not hike up to the summit @1700m (which would take another 2 hrs to return) as I needed to dash for the nearby Bandai Azuma Skyline @1600m.

Took about an hour (about 30km) to reach the top Jodo-daira @1600m (浄土平) of the Skyline through numerous elbow turns. Traffic was quite busy even on a weekday, which was a good sign that peak foliage was up there! Took a quick stroll to the nearby Oke-numa (桶沼). Reflections and colours of the small pond was gorgeous ! The best shooting spots were up on two benches and I had to take turns with several local ladies 🙂  One of the many nice things in Japan is that locals are in general courteous and form a queue by themselves if needed.

Left Shodo-daira without lunch – there’s a huge restaurant up on 1600m and the chargeable car park was full! and head straight to Urabandai via the Bandai Azuma Lakeline. Had a quick soba as late lunch nearby Hibara-ko and then head straight to Shirabu onsen ryokan (about 74km) before dusk. As the colours were still greenish at lower elevations I did not bother to stopover. Besides, I had last visited these locations in late Oct 2014.